[view, print, or save PDF file]

Should you get the urge to explorer during your stay in Wolverhampton, here are a few places we think are worth discovering.

The Wolverhampton Art Gallery houses collections of works from contemporary and pop art to Georgian and Victorian in a grand building. It’s located in the heart of the city, next to the University of Wolverhampton campus–and is free!

Set within 43 acres of urban parkland, Bantock House serves as a museum of Edwardian life and local history. It’s free and a quick 10-minute bus ride or leisurely 20-minute stroll from the City Campus. 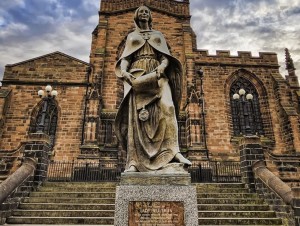 For many centuries St Peter’s was a chapel royal, and played an important role in Wolverhampton’s development. The shaft of a 9th century Anglo Saxon preaching cross and nave’s medieval pulpit are worth the visit alone.

Wightwick is comparatively rare in that it was built and furnished according to Arts and Crafts ideals, rather than simply modified to suit those ideals. The house’s interior features original wallpaper and fabrics by William Morris and you’ll find plants originally from the gardens of Shelley and Keats in the poets garden. 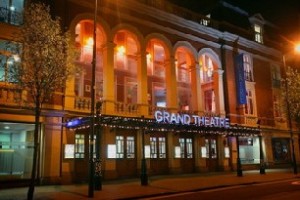 Commonly called The Grand, this Grade II listed building was originally designed by Charles J. Phipps, the famous Victorian theatre architect who also built the Strand and Savoy. The Grand is held in high regard as one of Phipps’ crowning achievements, so much so that the facade of the building has remained virtually unchanged.

This National Trust landmark is a fine example of an Elizabethan farmhouse, and is where King Charles II hid during his escape following the Battle of Worcester in 1651. Built in 1600, stands within an attractive knot garden and nut walk. The richly paneled interiors still conceal several hiding holes for priests during times of religious turmoil.

Moseley Old Hall Lane, Fordhouses, Wolverhampton, WV10 7HY
Phone: 01902 782808
Website: Moseley Old Hall
(There is no direct bus to Moseley Old Hall, so you’ll need to plan on booking a taxi. It takes about 30 minutes to get there from the city centre) 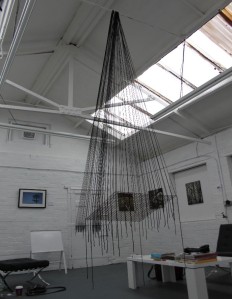 This contemporary art gallery is a mere five-minute walk from the city centre, located in the eclectic Chapel Ash district that is home to Wolverhampton’s Artist’s Quarter. 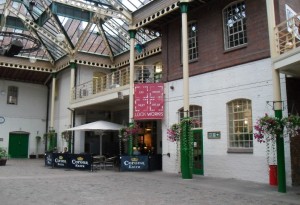 Located in the historic Chubb locks factory building, the Light House is a cultural hub that includes the Black Country’s only independent cinema, two galleries, an eatery and a lovely cobblestoned courtyard. 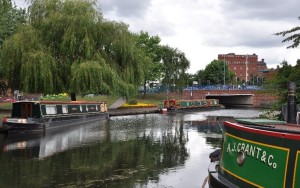 A short walk from the railway station, you’ll find the Broad Street Canal Basin, which is a pleasant, quiet urban oasis. For those of you who like an early morning jog, it’s the start of the 2.8 km (1 3/4 miles) Birmingham Mainline Canal Network walking trail that includes 21 individual canal locks, each with their own story.